what was the name of that creature from 20,000 Leagues Under the Sea?

Now, don't get me wrong. We really like our new life here in paradise, but there is one thing that constantly irritates me. That is the lack of a decent internet connection. It seems funny to think about it, but I got my first computer (and, it was already an old one) in late 1991, about 18-19 years ago. I think it measured internet connection speed in something called bauds, and I remember talking about baud rates, which was also discussed when talking about how fast a fax was sent and received. I know that the modem involved was very slow by today’s standards, but it was adequate for text-only bulletin boards, because that is about all I did on the ‘net, besides a few primitive and tentative emails.

Next, I made a huge leap, and by this time it was pretty much necessary because the internet was no longer text-only, but graphics were being added, and more and more bandwidth (and, speed…arrrgh, arrrgh - a la Tim Allen) was needed. My huge leap was to cable, via Road Runner, and boy, did that puppy howl!

Now, I ask you, is this at all logical? I pay for a service. I get no service. And, that leads me to my point, except that now I have to lead you down a side path, so as to provide you with just a little background information that you probably need, if you are not familiar with Costa Rica.

Costa Rica is a small country, both in terms of geography and population. Roughly the size of the state of West Virginia, and the total population is just a bit over four million, at least two of whom are legal residents, originally from the U. S. Geographically, Costa Rica is also a land of ups, downs, twists, and turns (I guess that same statement could easily apply to their politics, their way of doing business, and just generally, life its ownself, as one Dan Jenkins might say). I say that about the geography because this is a place of hills, mountains, valleys (deep, deep valleys), arroyos, gulches, river bottoms, and bigger mountains – not to mention at least seven, serious, for real volcanoes.

Now, the geography alone should be adequate to explain why this country has such bad roads, and such a crappy infrastructure. I mean, it is a truly magnificent engineering feat to construct a road from point A, to point B. Then, to put into place a working telephone system, an electrical grid (after finding the ways and means to actually produce electricity), and all the other things that Americans take for granted, was indeed an awesome accomplishment. Especially when you consider that this was necessary to provide for a very small population, spread all the hell and gone, up and down those mountains, valleys, gulches, and even some beaches.

But, as I said, then you have to consider politics and the way that business in general (and, don’t forget life its ownself) is done here in paradise. First of all, somebody had to pay to put these things in place, so logically it fell upon the government. Thus was born (now, understand, I don’t know any of this really; I’m just speculatin’) the Instituto Costarricense de Electricidad, better known as I. C. E., or simply, ICE, which is a government agency/business/monopoly/monster/beaurocracy-at-its-worst/entity dedicated to providing a minimum service/product, for a maximum return.

You see, ICE became, over time, a pestilence, a veritable cancer upon the land. They now are charged with providing electricity, telephone service, internet service, telegraph service, and a whole buncha other things, probably best left unmentioned. Think of an octopus that has been through a few battles over the years. It’s lost a few limbs, maybe half, and it has developed just a bit of an attitude. You know the kind I mean, surly, disgruntled, maybe hungry, feels unloved, and boy, is he pissed! That’s ICE.

I’ll tell you about my efforts to get electricity in my name another time, ‘cause it’s a story its ownself. This little rant is about my internet (or the lack therof) and the current state of the beast today, in the little rural area where we live. When we got here a year ago, I began inquiries as to the availability of any kind of internet service. I pretty much got one response, no matter where I asked: “No es disponible.” That means, it ain’t gonna happen, dude. Not for you. Not where you live (dummy). No how. No way. Uh, uh.

Now, Costa Rica, via one of the still-functioning long arms of that octopus, ICE, provides to the majority of its population internet services via telephone dial up, ADSL, and cable. OK, to be perfectly honest, there are two other companies, in San Jose, and some other cities, that provide the cable service, but they have to pay our friends over at ICE, for their access to it. If one lives too far from a switching station, or some such, there is simply no ADSL available. Likewise, if one is not in a major city, there is simply no cable, TV or otherwise available. That leaves dial up, and this is accomplished by means of paying through the nose to ICE, for a dial up account, or by purchasing – when and if one can find them – internet cards, that allow up to ten or fifteen hours of internet connection, for a pre-paid price. That is what I used from May of last year, up until December.


ICE, with very little advance notice, released a new system upon their unsuspecting populace, in late December. They entered the 20th century (I did indeed say, the 20th century, as opposed to the current epoch), technologically speaking, by introducing 3g cell phone service. Along with the 3g cell phones, they also announced a new and better internet experience, via the same 3g technology. They call it Kolbi, named after the national frog (I kid you not) of Costa Rica, and the frog has become something of a logo for this service. Now, on the service, this looked like the answer to my prayers. They promised a signal rated at 1.5Mbps, and the device itself is rated at 7.2Mbps. I eagerly, if somewhat stupidly, rushed to my nearest ICE office, and signed up – you should know that this necessitated a wait of nearly four hours, ‘cause that is pretty much standard in any office in the country, for just about any service – for the new device, known as a data card/modem, and the service that goes with it. Actually, the price wasn’t that bad, for Costa Rica: about $65 - $70 for the device, with a monthly fee of around $30.00. That was for the fastest speed offered. Other plans were cheaper per month, but offered a lower speed. Well, that seemed OK……… 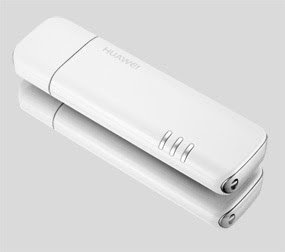 At first it was OK. I understood that this was a new service, and that there should have been bugs to work out, but........

As of late December, ICE said the signal was to increase by January, to the full 1.5Mbps, and until that time, the cost was going to be (do the words, “limited time offer” ring a bell?) only 3,500Colones per month, instead of the 15,000Colones for the highest speed. And, of course that amount does not include taxes, charges, fees, etc. Sounds like the states, huh? Well, it started out kinda spotty, in terms of consistency, with the speed going up and down all day long. Got so good in January, or maybe it was February, that we were able to watch TV from Austin, Texas, via the computer’s internet connection, for maybe three or four nights in a row. I still couldn’t use my SlingCatcher, because I didn’t have a router yet, to send the signal to that device.

By the time I got a router, and the necessary cable to hard wire the SlingCatcher to it, the 3g network went to hell…………..I mean, talk about inconsistent! Mostly too weak, and too slow, of course…..The program that comes with the device has a feature that shows its connection speed. That is mostly a flat line, at the very bottom, but every once in a while it will suddenly jump up as high as 500Kbps, just about where I need it to be. But, it never, ever stays up there. And, this has been going on now for over three months.

As I said, I bought a router, so that I could "share" my internet connection with other devices in my home (like the SlingCatcher), and it measures signal strength, on its web setup page. Lately, it is averaging less than 30%. The best I have achieved, and this has not happened for at least a week, was around 59%.

In short, I am thoroughly disgusted with this 'service,' because in addition to the fact that they have totally failed to deliver on what they promised, I have found that there is absolutely NO such thing as customer service, tech support, or anything else available to me. I have gone in person to my local ICE office on at least three times since I bought this damn thing, and just wasted even more of my time. I asked them at least twice to exchange it, but no luck. First they said that they were receiving lots of similar complaints, and that they needed my name and contact information so that they could report this to San Jose, and have an engineer come see for himself (like that was going to happen), then they said that there just aren't any more units in the country.

I have looked in vain for a coverage map (you know, like the real guys have on their websites in the real world?), a phone number for customer service, contact information of any kind. I did find a link, within the ICE online pages, to what they call the ‘controloria,’ kind of like an ombudsman. I sent them an inquiry, on Feb. 7, asking why the signal was so inconsistent, and slow, and weak……I finally got an email response on March 17:

So, here I am. Creating this post in Word, since I can’t be sure my internet connection will be stable enough to allow me to write on the actual blog pages, still faced with adding my photos to this entry, so it will look all nice for whoever……..that is very time consuming when the upload speed is about 1-2Kbps, maybe on a good day, 10-12Kbps (whoopee). I guess the good news is that ICE has not yet increased the monthly bill. I’m still paying only 3,500Colones (plus taxes, fees, etc., for a total of around 5,500Colones). I have no idea of if or when this system might ever be improved because the people at the local office have not one single clue – about anything! I stick with it because it is still better than dial up.