Another of Life's little Mysteries.

Here is the mystery, in one question:
How the hell does Carl's Jr. stay in business?!
We recently saw a television ad for their new Beer Cheese Bacon Burger, and my wife said, "We should try that!  It looks good!"

I should have pointed out to her that it could not be very good if the beer in question had anything to do with Budweiser, but alas, I held my tongue.  Big mistake.  Yuuuuuge.

Well, Sunday, we decided to go for it.  I only wish I had taken photos, but it looked so bad, I just did not have the heart.  The bun looks great, much like we saw on TV. But, the patty looked like it had been cooked at least two hours prior to our order.  The color was very dark, almost black, and it looked like it had specks of something, maybe onions in it.  There was a single slice of tomato, and some pieces of lettuce in there, but it was not exactly appetizing.  It was, at best, lukewarm.

We also got regular fries, and regular size drinks.  This was only because we had to insist that we did not want or need medium or large sizes.  My Coke was flat.


They also declined our requests for mustard, mayo, or even ketchup, saying that it "has cheese."  We still do not understand that, but it did, indeed have both something white that looked like cheese, and the yellow cheese saucy looking thing we saw on TV.

And, now, for the worst part:  The cost for this really bad food was Nine Bucks!  And, wouldn't you know it, their receipt has no link for a customer survey, and the plastic box on the wall where you exit, says this is for customer response cards, but I saw no blank cards anywhere inside!

So, here's the thing.  This cannot count as being part of that pursuit of the best burger in town that I was doing last year, and it certainly would not get a mention from any real critic.  My best advice is to not bother going to Carl's Jr., ever.  Way over priced and really bad food.  Too bad we don't have a Red Robin in El Paso.  At these prices, at least I could have gotten something good to eat.
Posted by jdocop at 8:26 AM No comments: 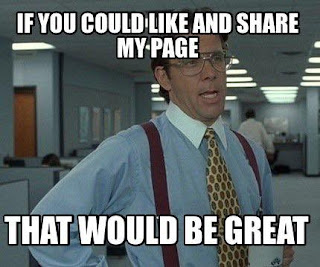 One Old Man's Definition Of A Great America

I am nearly speechless this morning, as I woke to the news that the dumbing of America is finally complete.  We have elected the very worst of the worst, and I greatly fear for my children and grandchildren.

I anticipate that it will not be long before people like me, who dare to say anything negative about this cretin will be labeled as unpatriotic, traitors, or worse.  I fear the threat of violence to all about me, as we do not own gunz, as we live on the border, and as we have Mexican roots.

I know that things will be even worse than my worst nightmares, since this nation also no longer has anything resembling what used to be called the Fourth Estate, and our education system has failed us.

God save us, because we have failed to do so for our selves.
Posted by jdocop at 7:35 AM No comments:

Is Anybody There? Or, you know what? The VA really sucks!


I am convinced that no live human beings are employed at the VA.  I have been attempting to pursue an application for benefits with them for nearly three years now, and have yet to interact with a live person.  Their rules require that a veteran go through a Veterans Service Organization (VSO) just to initiate an application.  The employees of that VSO do not interact with the VA, either.  All of the paper correspondence that I have received from the VA during this very long and drawn out process is either computer-generated or simply a form letter.  Never once have I received any written document with a signature on it.

The most recent document I received from them has this closing:

Really!  That is just the way it is printed!  No real human name, but perhaps the person's name is Regional Office Director, and he/she actually writes in a Brush Script font!  After all, why would they need to put the same "name" below in a more conventional font?

Now, one reason they have me upset again is that this latest communication that I received includes some 22 pages of additional documentation, which is mostly a quoting of the applicable laws to apparently justify why they continue to deny me.  There is a recap of the case's activity to date, and it represents their idea of evidence and "adjudicative actions."  According to their chronology, my application began with my application, via the Texas Veterans Commission, dated Feb. 9, 2015 (they apparently did not receive this until 02/26/2015).  They then took five months to "consider" my claim, and six additional days to notify me that they were denying the claim.

Now, without going into too much detail, I will share that my application to the VA is based on two different things.  One, I do have marked hearing loss, and the Audiologist who performed my first hearing evaluation referred me to the VA, saying that she suspected my hearing loss began when I was in the Army all those years ago, and that made me like many other men she had seen.  The VA sent me to another local Audiologist, who told me that she saw no reason why they should deny my claim, but then wrote in her report to them that she could not say whether or not my hearing loss is due to anything service related.  Her point to me was that the records show no hearing evaluation prior to discharge, so they cannot prove that my hearing loss is NOT service connected.  Unfortunately, they took the opposite position, and concluded that there is no proof of anything service connected.

I also thought that I would try to bring to the attention of the VA something else that I have thought about over the years having to do with my teeth and the dental care I received in the Army.  I was drafted in November of 1965, and the only time I saw a dentist between that time and January of 1968 was an initial evaluation.  There is no documentation of me seeing any dentist, or complaining of any dental problems from that point until I began a series of visits in January of 1968.  I distinctly recall being told at that time that the crowns of my teeth were too small, and that if nothing was done about that, I would develop problems later in life.  I went to the dentist in January of 1968 because I was ordered to go there.  I do not recall complaining of any problems prior to that date.  I have researched as best I can since I began this application process, trying to find anything anywhere that would confirm or deny the possibility that there might exist such a real dental diagnosis as "crowns too small," but have found nothing.

At any rate, I wrote on 07/13/2015, that an Army Dentist had told me that the crowns on 13 of my teeth were too small, and that I needed to have them all drilled out, and fillings put in.  I did point out that I had already been in the Army for more than two years at that time, with no dental problems.  And, I stated, in my own words, that this was unnecessary work.

I did my best to explain this to the VA in that Notice of Disagreement in July of last year, with a bit less detail, and after fourteen months, their Statement of Claim summarized my statement as saying, "You contend that you had several flilings[sic] in service, that you were told that you might need additional work, and that the fillings may have been unnecessary."

Fourteen months?!  To totally misconstrue my words?!  How can that be?  To add insult to injury, the VA's letter to me on that same date, informing me that my claim had been denied was addressed to a Ms. Dungan.

Now, it appears that my only option is to request either a televised hearing, or a hearing in person.  Supposedly, a hearing with a live person will take longer to arrange, since their "judge" must travel from Washington, D. C.  I have decided to request the televised hearing, just so that I can finally tell someone just what I think of them.  I think it is simply unconscionable that they cannot provide any face to face contact with any of their employees, and that they have reduced their process to such a degrading and belittling experience for veterans.
Posted by jdocop at 8:27 AM No comments: