Own your own little piece of Paradise 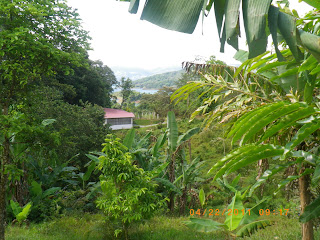 The nearly new (move-in was late August of 2009) 2 bed, 2 bath cement block home sits on a secluded plot (2166 sq meters, or about ½ acre) on a very quiet road that actually runs all the way down to the water's edge of beautiful Lake Arenal.  (The water is just 500 meters from the front door). 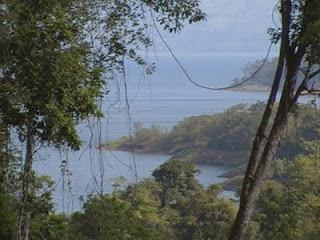 There are presently no neighbors between this home and the Lake.  There is a heavily wooded, deep gully on one side, with a little stream at the bottom.  This ensures a nearly constant, fresh breeze.  Water is paid through the end of the year, and currently is only about $72.00 per year, with no meter.  The water is cold, and crystal clear, with nothing added.  There are two septic systems (aguas negras, for toilets, and gray water, for washer, showers, and sinks).

The house will sell with Kenmore washer and electric dryer, Whirlpool Gas Range, 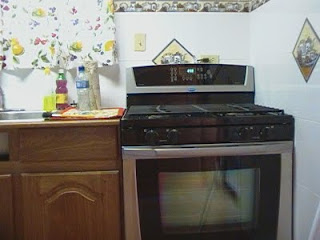 Maytag refrigerator, and a 2005 Suzuki (pictured below) Grand Vitara, XL7, with current Marchamo and Riteve.  Also included will be one queen size bed, with frame and one King size bed, with frame.  Additional furnishings are negotiable, including wall-mounted Samsung Plasma TV, Sharp Surround Sound system, and small appliances, including Sharp Microwave.

Ceiling fans are installed in both bedrooms, and in the living area, plus two more are on the front porch, which is completely screened.  Also included on the front porch is a round concrete table, with three concrete benches, covered with ceramic tile. 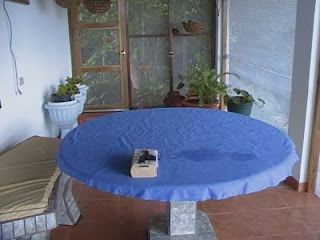 One dusk to dawn yard light is attached to the back garage, and motion sensors are mounted at opposite corners of the dwelling itself, plus another on the new carport.  The floors throughout the house, and also in the garage and on the front porch are ceramic tile: 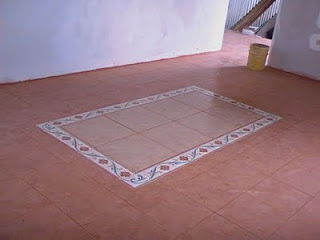 Solid wood doors, and beautiful wooden kitchen cabinets are featured.  Windows are all protected with iron bars.  The ceilings throughout are high, with beautifully stained wooden beams.

Asking price is $215,000.00 cash only, but financing may be obtained, in part or in whole, through Gap Investors (http://www.gapinvestors.com/  - - - Talk to Glenn Tellier)  Contact Blog owner, John (grumblesfmarenal@aol.com), for more information, and/or more photos.

Posted by jdocop at 4:54 PM No comments:

Well, we’ve formally been introduced to the real CCSS (commonly known as the Caja), and cannot say anything very positive about it.  Now, we had heard all the stories, but up to this point in time (more than two years living here, and nearly that long as members of this system), had not actually experienced for ourselves this particular aspect of the system.
Here’s the background:  Blanca and I have been going to the local clinic on a regular basis, seeing the doctor every six months or so, mostly to keep up with our prescription medications.  Some time ago, Blanca noticed an abnormal growth on her right wrist, and asked the doctor (that was there on that particular day) about it.  That doctor didn’t really say anything, so she let it be.  On a more recent routine visit, a different doctor asked her about it, wanting to know how long she has had it, and even commented that something should have been done about it many months ago, when it was first mentioned to that other doctor.
This doctor she saw on the recent visit gave her an order for an urgent x-ray of the wrist, and we drove down to Cañas, to the Caja hospital there, and they did the x-ray.  The x-ray department gave Blanca the films, and she brought them back to the local clinic, waited to see the doctor again, and he then gave her an urgent referral to see an Orthopedist.  Any referral of this nature (to see a specialist) means a trip to Liberia, unless it is a very serious problem, then it means a trip to San Jose.  We had already been through this process when I was referred for an eye problem, so we made plans to go to the Caja hospital in Liberia at our first opportunity.
This is where is begins to get just a bit weird…………you see, in order to even request an appointment with one of the specialty clinics in Liberia, one has to go in person (which for us means a drive of two hours, one way).  There is simply no way to call and request an appointment, or to go online to do this.  Don’t ask why.  No one knows why.  So, we had to wait until near the end of the month, because we did not have enough money to take such a trip earlier.
We drove up there on Wednesday, July 27.  I might mention that we did have some other business to take care of that day in Liberia, but the first thing we did was go right to the Caja hospital, and find the Orthopedic Clinic.  They first told Blanca that their first available appointment would not be until July 29.  That is July 29 of 2012!  But, since she was not in their system (never having been seen at that hospital before), she had to go to medical records and get her basic info (the standard CCSS info) entered into their system.  Never mind that There are less than five million people in this country and that not all of them are members of the Caja, and that one computer system should be able to handle all of them, nationwide.  This is Costa Rica.
By the time she returned to the Ortho Clinic from medical records, the first available appointment had already changed to July 30.  That’s 2012, by the way.  Every effort to point out to the young lady at the reception for that clinic that the referral said urgent was met with what can only be described as complete and total indifference.
So, here we are.  My wife has something – a great big lump – growing on the outside edge of her wrist.  And, there is not much we can do about it.  Our best option would likely be to seek an appointment with a specialist – maybe in Guanacaste, but more likely in San Jose, as a private patient.  Then, if she needs to have some sort of procedure done, we would have to pay out of our own pocket and use a private hospital.  Now, I grant you that this would be much less expensive than doing this in the States, but that is not really my point here.  My point is that the government of Costa Rica, in all its wisdom, has made it a requirement for legal residence that all residents pay into the social security system, at least for health care.  So, obviously, I am now left with one glaring question:  why ask us to pay for something that cannot deliver that for which I am paying?!
The local (Costa Rican) news has been filled with reports of the crisis in their health care system for months now.  It is underfunded, overstaffed, rife with corruption at every level (as is most everything in this government), and basically not doing the job for which it was created.  So, let me ask my main question once again?  Anyone want to buy a little 2 bedroom house, with an absolutely gorgeous Lake view?
Posted by jdocop at 8:48 AM No comments: