Oh, my aching back

"There are more fools in the world than there are people."  -- Heinrich Heine

(This is an excerpt from an article that appeared on August 24, 2011, at the link found below this piece):

Is that MRI for back pain necessary?

Back surgery is one of the best documented examples of expensive medical treatments that drive up health care costs while not always helping patients, and sometimes even hurting them.

And the latest Medicare data show that doctors frequently order MRI back scans for patients who haven't tried recommended treatments such as physical therapy. An MRI often prompts surgery.

This is a rather strange factoid to see jump up as suddenly as it did, because the basic conclusion of the article is the exact same thing that I, and many other professionals, have been saying for many, many years! There is and has long been, a tendency to over-diagnose (as in, running too many expensive diagnostic scans and tests) and over-treat back complaints (as in, entirely too much unnecessary surgery, too soon).

The results of these two things are really frightening, if you look at the big picture. Too often, diagnostic scans are misread, misinterpreted, or outright ignored, and serious diagnoses are given to relatively benign conditions. A very wise Orthopedic Surgeon, who I knew many years ago, said that the wisest course of action with back complaints is to do nothing. When there is any need for something to be done, he said, the wisest course was to keep treatment simple and minimally invasive. Physical Therapy, along with some education in how to cope with back problems, in general, in his opinion, went farther, caused fewer problems, and cost less money. Time, he said, was the greatest healer of back problems.

And, you know what? I did not need this latest study to know that he was right. Anecdotally, I can tell you I have talked to many people over the years who reported back problems – hell, I’ve got a ‘bad’ back, myself. And, I have come to realize that they generally fall into one of two camps: those who did not receive much beyond PT, some rest, some education, maybe some muscle relaxants; and, those who underwent CT Scans, MRI’s, EMG’s (with Nerve Conduction Studies), and whose treatment all too often included surgeries.

Guess how many of those who had back surgery had bad outcomes, and guess how many of those who did not have surgery are still going strong. Worse, I remember an investigation I did some years ago into multiple complaints (not to mention multiple malpractice actions) against one particular back surgeon in Texas. Now, this was only one guy, in one city, and he was not even the worst of the bad guys. What I remember most clearly is that I obtained and studied the case histories of a good number of patients who not only had bad outcomes, but whose medical records totally lacked any objective diagnostic information to suggest any need for surgeries.

Worse, I remember a situation where a physician – who was not even an orthopedic surgeon, by the way – convinced a large number of patients, diagnosed with “Intractable Pain,” that they needed to let him place an electrical device into their spines, the purpose of which was to somehow stimulate the spine into ignoring their chronic pain. These patients were a mixed bag of “failed back surgery” and/or other types of pain patients whose reported pain could not be controlled by other, more conventional methods. Most of them happened to be individuals who had reportedly been injured at work, and had not been able to return to work due to their intractable pain.

At that time, orthopedic protocol required that patients undergo a full psychological workup prior to undergoing surgeries, or the placement of such implants, in an effort to provide some indication of whether they were suitable candidates for invasive procedures. Turned out that, while all of them were indeed referred to see a psychologist, the testing rendered, without much personal interaction between this psychologist and the patients, was mostly leaning towards identifying these people as poor candidates for this implant, because they were mostly identified as being chronic complainers of pain, regardless of what interventions were attempted (in short, very close to being outright malingerers).

The ‘Surgeon” went ahead anyway, at a cost of many thousands of dollars per patient, and none of them were ever able to return to anything resembling a normal life. Most were disabled for real, after months to years of questionable ‘care,’ that ultimately did affect their physical abilities. What can I say? The ‘Surgeon’ was a good salesman.

Ultimately, even though a good number of patients’ lives were irretrievably damaged, nothing was ever done to the physician, even though we made a great case against him. Part of the problem is that these patients allowed him to do what he did, willingly (for whatever motives), and they had to assume a portion of any blame.

My point? Obviously, never allow your doctor to go straight to MRI’s or other expensive diagnostic studies, until time has had a chance to work, along with mild therapy and treatment. Below is the link to the article that got my attention: http://www.npr.org/blogs/health/2011/08/24/139923555/hospitals-have-got-your-back-maybe-a-little-too-quickly?ft=1&f=1001

Posted by jdocop at 9:00 AM No comments:

For Sale, Lease or Rent:  This Piece of Paradise
Sale Price Now Reduced! 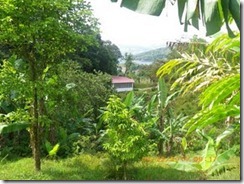 This two year old 2 bed, 2 bath cement block home sits on a secluded plot (2166 sq meters, or about ½ acre) on a very quiet road that actually runs all the way down to the water’s edge of beautiful Lake Arenal.  (The water is just 500 meters from the front door). 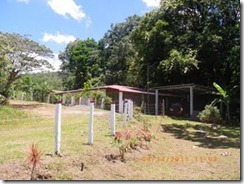 This is the last house on the road down to the Lake.  There is a heavily wooded, deep gully on one side (the Ticos refer to this as a montaña, or a quebrada), with a little stream at the bottom.  This ensures a nearly constant, fresh breeze.  Water is paid once a year, and currently is only about $72.00 per year, with no meter.  The water is cold, and crystal clear, with nothing added.  There are two septic systems (aguas negras, for toilets, and gray water, for washer, showers, and sinks). The house is available with Kenmore washer and electric dryer, Whirlpool Gas Range, 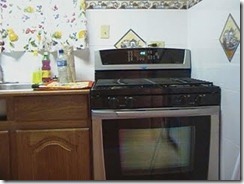 Maytag refrigerator, and a 2005 Suzuki Grand Vitara, XL7, with current Marchamo and Riteve would be included with the sale (pictured below).  Also included will be one queen size bed, with frame and one King size bed, with frame.  Additional furnishings are negotiable, including wall-mounted Samsung Plasma TV, Sharp Surround Sound system, and small appliances, including Sharp Microwave.
Ceiling fans are installed in both bedrooms, and in the living area, plus two more are on the front porch, which is completely screened.  Also included on the front porch is a round concrete table, with three concrete benches, completely tiled. 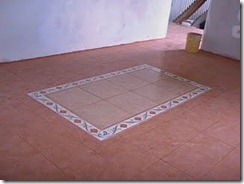 Solid wood doors, and beautiful wooden kitchen cabinets are featured.  Windows are all protected with iron bars.  The ceilings throughout are high, with beautifully stained wooden beams. Reduced Price: $175,000.00. Monthly rent is negotiable, with renter being responsible for all utilities.
Posted by jdocop at 10:49 AM No comments: