Way back around the mid- to late 80's, I acquired a small restaurant type milk refrigerator from a family member.  It is labeled as a Norris Home Dairy Bar, and is just like we used to see in restaurants, and Army Mess Halls, for dispensing cold milk.

I used this little thing in at least two different homes here in El Paso, going back to when I used to cross the border into Cd. Juarez with great frequency, and buy cases of Corona Extra for five dollars per case.  A case of Coronas in Mexico is still only 20 bottles.  In the late eighties, into the early 90's, I used to cycle about 4-5 cases of empties through this little fridge.

It went with me to Dallas, in 2005, after a year off for good behavior (it was in storage here in El Paso), and then, when we moved to Costa Rica, in early 2009, I passed it along to my youngest son, Andrew, in Austin.

Andrew put it to work in his garage, and cycled his own beer through it, while plastering the outside with stickers for all kinds of things, up until he built his own full size refrigerator for his home brew.  He now has a number of taps, with a closed CO² system, for his five gallon kegs.

So, recently, when he brought his family over here to El Paso, for our niece's Quinceñera, he also brought my little beer fridge home to me.  I did not care for the stickers all over it, and also noticed that the years had not otherwise been very kind to my little friend, so I decided to do my own version of "American Restoration" on it.

Unfortunately, I forgot to take any before pictures, so the best I can do here is show you some "in-progress" pix, along with the finished product.  First, however, this is what one of these might look like, without all the stickers:

The door, after removal of stickers, looked like this: 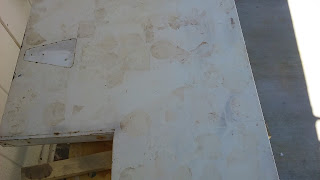 Then, as I continued to work on it, I found some problems with rust: 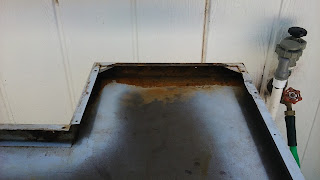 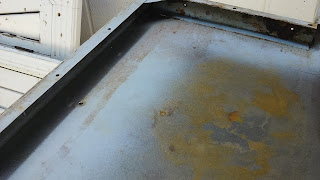 I hit those areas with a wire brush, vinegar/baking soda, and brillo pads, until I got it a bit better.  I even found one hole eaten through, that I hope I fixed with a product for patching small holes in metal.

Next, after masking and removing some of the parts, I began painting with Appliance White: 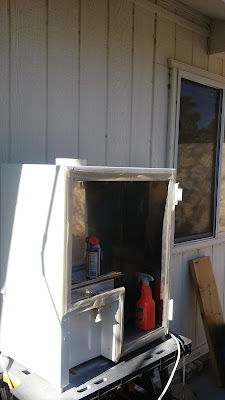 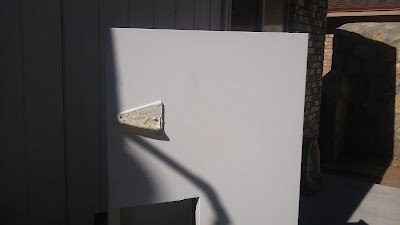 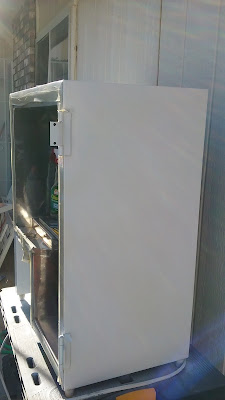 I did take the door off to make it easier to work on it, then finished painting after putting the door back on: 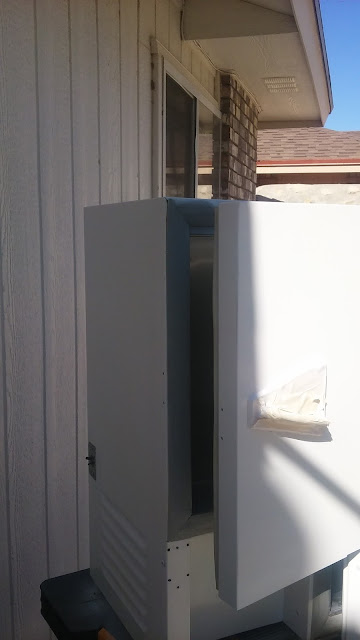 The inside, which is (fortunately) stainless steel needed to be cleaned up a bit: 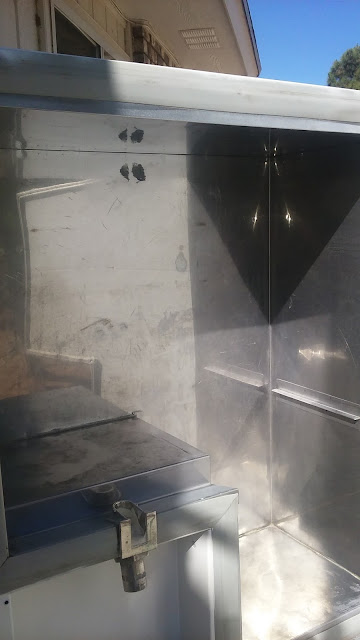 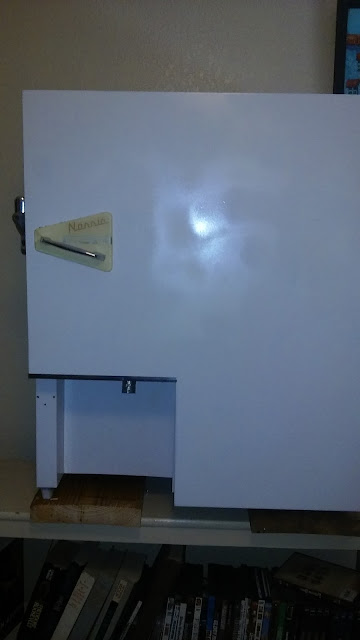 And, of course, the proof is in the pudding, or in this case, proof of a cold enough (for me) temperature, and restocked with my favorite beverage. 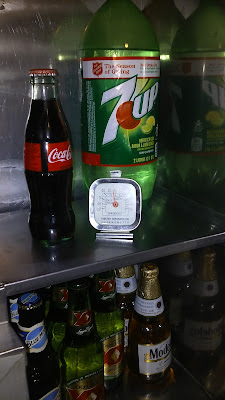 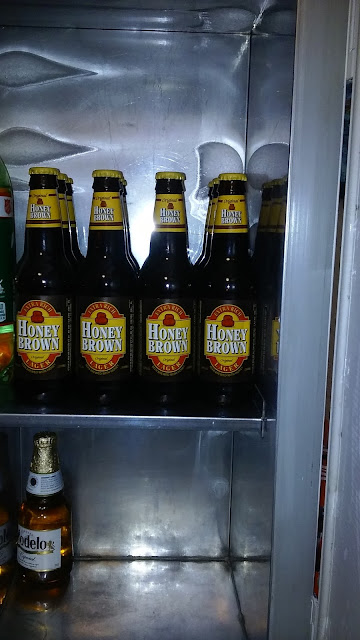